The History of Victoria Hospital Incorporated

In 1888 interest was shown in establishing a Cottage Hospital in Guernsey. A meeting was called and an Association of Subscribers was formed which raised funds to rent a house in Candie Road. This became known as The Victoria Cottage Hospital. With five beds, the hospital was opened by the Bailiff on the 1 st May 1888. Patients were charged according to their means with the balance of running costs raised through donations and subscriptions. Medical treatment was free.

In 1891 a new hospital was opened in Cambridge Park Road and the Candie Road premises were vacated.

In 1898 the Girls Industrial Home at Amherst closed and the premises were offered to the Victoria Cottage Hospital, together with £100 per annum for five years to help maintain and run the hospital. The offer was accepted. While the new hospital had 25 beds, only 16 were used at the outset.

In 1918 it was resolved to drop the word “Cottage” and the new name became The Victoria Hospital. Over the years various improvements were made to the hospital. In 1936 the funds of the hospital were incorporated and the name Victoria Hospital Incorporated was born. During 1938 the States approached the hospital with a view to it being included in the scheme for a general hospital which was being erected at Le Vauquiedor. The second World War intervened and in June 1940, at the beginning of the Occupation, the President of the Island Medical Services wrote to the committee stating that until further notice the Victoria Hospital Corporation is in abeyance. 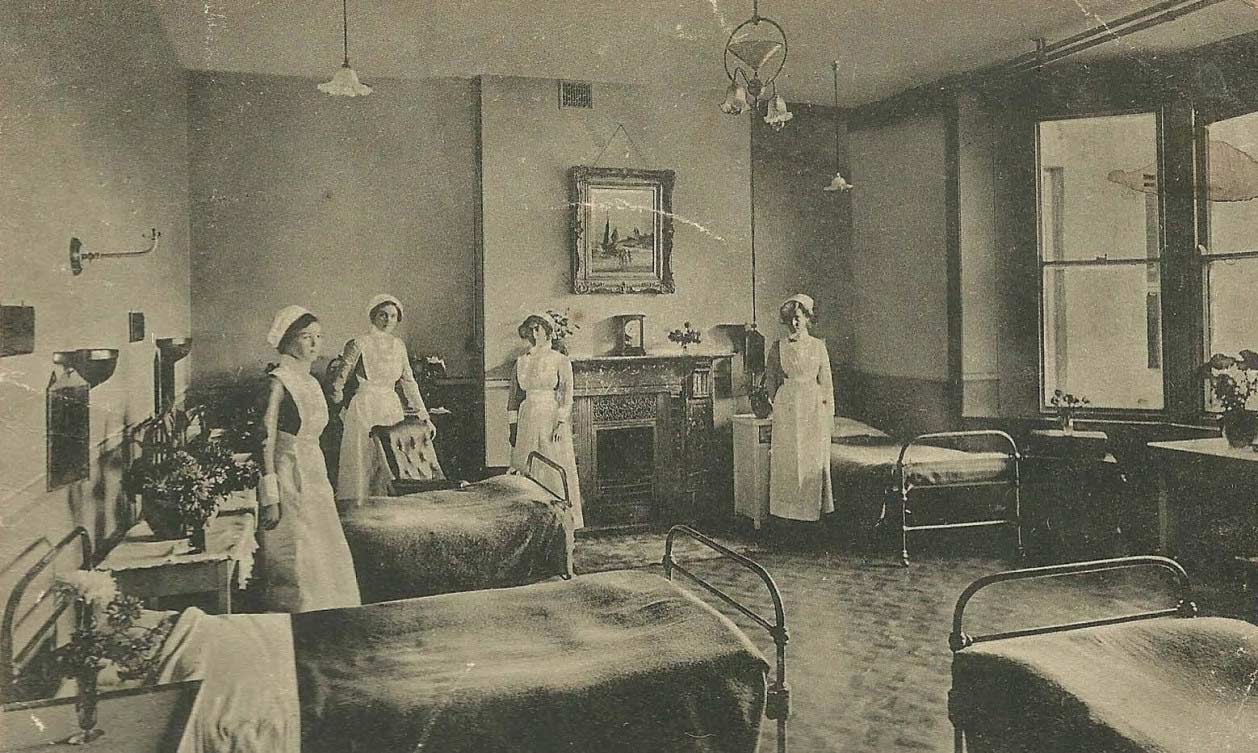 All patients were moved to the Castel Hospital which served as an Emergency Hospital for the remainder of the Occupation years. The new hospital in Le Vauquiedor was used as the German Military Hospital.

On the 9th December 1946, it was agreed to sell the buildings to the States for £10,932. These funds and other monies subsequently received were invested. The income from these investments are now distributed to the residents of the Bailiwick of Guernsey to assist with medical or medically related expenses.